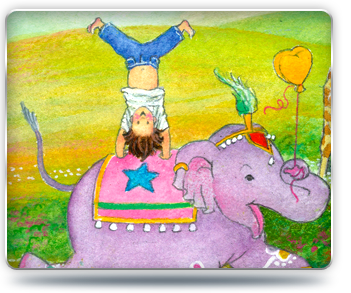 Encouraging young minds to become stars in their world, read here about
ASYWB's climb to becoming one itself

Bring your kiddies to our very FIRST Book Reading!

Jeannie n Mini Baby Boutique – at The Shops at Mission in Mission Viejo, California – is bringing “And So You Were Born” to its ‘mini’ customers, hosting a Book Reading and Book Signing on Saturday, April 13th @ 11am! Come by and browse the shelves, stocked with unique baby and gift items for babies and expecting parents, while your little ones take a listen of “And So You Were Born”.

Twin Peacocks Publishing has been selected by Small Press United for an exclusive book distribution agreement. This partnership will allow Twin Peacocks Publishing to broaden its reach to readers nationwide and worldwide, particularly for its title And So You Were Born. Small Press United (SPU) is a book distributor and subsidiary of Independent Publishers Group (IPG), the second largest independent press distributor in the United States. SPU sells books to chain and independent bookstores, wholesalers, libraries, the gift and specialty markets, and online retailers.

5 out of 5 book worms by Erik the Great

Erik the Great – kid reviewer of kids books – reviews “And So You Were Born”: “… a nice read aloud for parents and kids to share together. The illustrations are beautiful and the app works well. Five out of five book worms!” Read the full review here

Ayyam-i-Há – special days of charity and gift-giving for Bahá’ís worldwide – is just about a month away. Catch both “And So You Were Born” book and book app in the Ayyam-i-Há Gift Guide 2013! http://alldonemonkey.com/ayyam-i-ha-gift-guide-2013/

And So You Were Born PRINT makes first public appearance

We made our first public appearance this weekend – and what a success! The 28th Annual Grand Canyon Bahá’í Conference in Phoenix, AZ brought us your enthusiasm and support, and coupled with your online pre-orders, we’ve been cleared out of all rush ordered pre-publication copies! (Orders from now will be delivered when the next shipment arrives in the first week of January.) 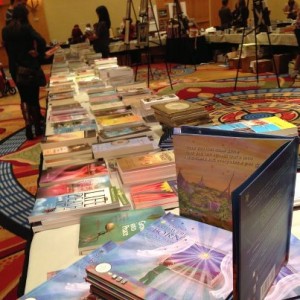 Official release date set for 01/01/2013! See the new PROMO VIDEO on the Press page or catch it on YouTube HERE. Watch as our 3 SpokesGirls show they no longer need pre-recorded narration, perfect timing for And So You Were Born book app in PRINT!

We’ve been listening to your requests, asking for And So You Were Born in print for your personal and gift-giving needs, and we’ve heeded your call, having the book available for you in late December! To get things revved up, PRE-ORDER LAUNCH begins… NOW!

Be among the first 200 pre-orders through Paypal to purchase at a special discounted price of $10.00!

And So You Were Born is presented at the Center for Living Peace in Irvine, CA during the S.A.R.A.H. group’s Launch Event for The Felora Parsa R.I.S.E. Initiative, funding scholarship opportunities for underprivileged youth. A portion of proceeds from sales of And So You Were Born benefit R.I.S.E.

And So You Were Born lands in South Africa, ranking as #68 Top Grossing iPad app in the multicultural country! Thanks to all our supporters out there!

And So You Were Born receives support by Founder of the International Values Education Trust, Dr. Neil Hawkes: “The character building work … [h]elps children to value themselves, others and the world [and] to think about the values that will underpin their lives that will help to sustain our world in the future. I commend it to you.”